The Fallas have origins dating from the Greeks and Romans.
They celebrated feasts in honour of the gods of fire and war. During these feasts, they burned cloth-figures in order to drive away the misfortune and the demons.
Nowadays the principle of these feasts may be found in many countries, in a less or more advanced way: the fire of Zurich (Switzerland), the Hindu demons incinerations in New Dehli, the 'guy-fox' of the British Isles, the 'tronos' in Salvador,... 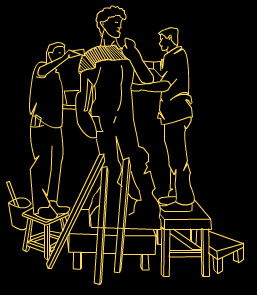 At this time, the 'falla' word is beginning to be used.
It is coming from the language speaked by the valencian Maures.
This word has a latin origin : 'facula', that means a torch, and later, the fire.
In the Middle Ages, 'alimaras', bonfires were made to celebrate the arrival of the king or the birth of a prince, but also in honour of Saint Antoine and Saint Jean. 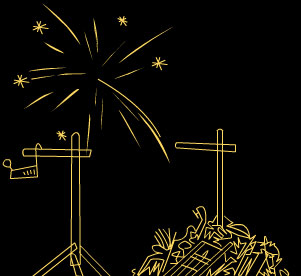 At the time of the Renaissance, the fallas were just simple barrels filled with wood and tar, set high up at the top of a pole.
The greatest feast takes place at the end of winter, at the San Jose (Saint Joseph), on the 19th of March.
At this occasion, the remains of firewood, those unused by the carpenters were burned, as well as their 'parots', the wood crosses on which their lights were hanged up in winter. 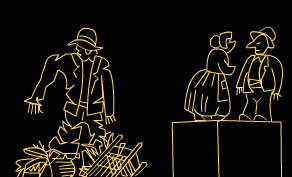 Later these wood pieces were dressed in an old jacket and trousers filled with straw, like a scarecrow.
The fallas have ever been popular feasts: only the bourgeoisie and the nobility viewed them unfavourably and considered them vulgar and in bad taste.

At this moment the fallas began to be under politic control.
Many of them, without any legal authorization, were taken down.
The state tried to cancel the ceremonies by imposing taxes.

More than one century was necessary to realize that these feasts were an economic asset !
It is said that the first politic falla appeared in 1889. This was the falla of the san Gil's placeta, which criticized the Sagasta's government.
It represented a national clown orchestra. 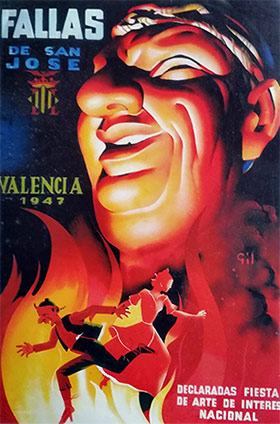 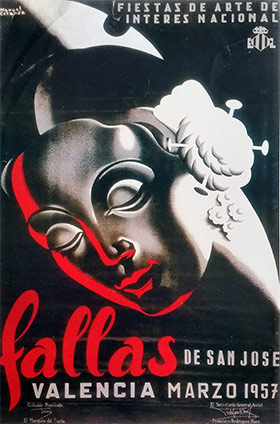 The fallas evolution, those we know today, began in the 20s.

The main themes of the fallas were defined by the critical and satyric mind of the inhabitants: criticism of public administration, political problems, customs and fashion, as well as well-known public personages (film actors, political persons).
The fallas awarded prizes were set up in 1927, at the time of the Primo de Rivera dictatorship.

The game organized by the children became at first a satyr for the adults, then a tourist show of several million euros.